I thought about doing this in “good” and “bad” numbers, but it’s all a matter of perspective. For instance, I could call this first one a bad number, but even after starting the long process of getting back into marathon shape, I was still running. That’s something to be thankful for.

18: Days of no running in January after finishing my no run streak beginning 10/17/15 to quiet the inflamed bursa sac under my heel.

1:31:21: The half marathon time I would have run if I hadn’t gone off course in a small town race.

82.4: The temperature at the finish line at KCM.

1583.42: Running mileage for the year. Not bad for having to ramp back up with low mileage treadmill running and a half marathon training plan through June.

226.39: Running mileage for December. The most volume I’ve ever run in a month. 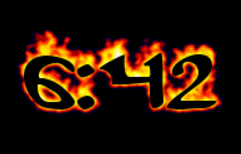 : The pace I’ve averaged for 4mi. during my last 2 tempo/LT runs.